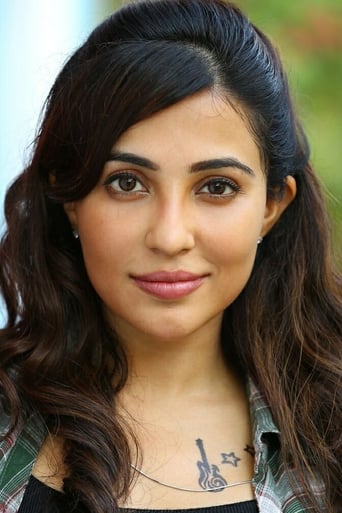 Parvathy Nair is an Indian model and actress, who works in the South Indian film industry. Born into a Malayali family in Abu Dhabi, she trained as a software professional and also pursued a career in modelling before becoming an actress. During her modelling career, she appeared in a number of commercials and won titles such as "Miss Karnataka" and "Miss Navy Queen" in 2010.

Tamil
Thriller ,
128
min
Nieraali
A pleasant road trip takes a nightmarish turn for gemologist Sunny George when he meets with an accident. As his life hangs in the balance on the edge...More.
Trailer Watch Now

Bollywood
Horror ,Mystery, Romance,
83
min
Yakshi, Faithfully Yours
Nagayakshi is a celestial creature of lust who comes to Earth, mates with virginal men and kills them after she orgasms. Things take a turn when she f...More.
Trailer Watch Now