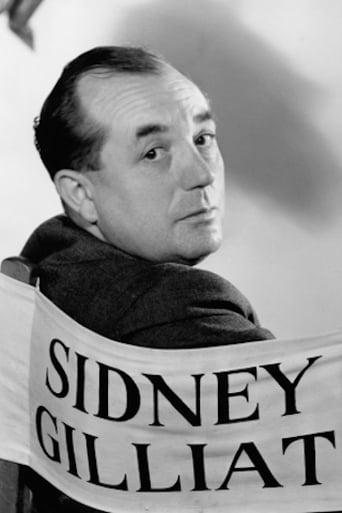 From Wikipedia, the free encyclopedia Sidney Gilliat (15 February 1908 – 31 May 1994) was an English film director, producer and writer. He was born in the district of Edgeley in Stockport, Cheshire. In the 1930s he worked as a scriptwriter, most notably with Frank Launder on The Lady Vanishes (1938) for Alfred Hitchcock, and its sequel Night Train to Munich (1940), directed by Carol Reed. He and Launder made their directorial debut co-directing the home front drama Millions Like Us (1943). From 1945 he also worked as a producer, starting with The Rake's Progress, which he also wrote and directed. He and Launder made over 40 films together, founding their own production company Individual Pictures. While Launder concentrated on directing their comedies, most famously the four St Trinian's School films, Gilliat showed a preference for comedy-thrillers and dramas, including Green for Danger (1946), London Belongs to Me (1948) and State Secret (1950). He wrote the libretto for Malcolm Williamson's opera Our Man in Havana, based on the novel by Graham Greene. He had also worked on the film. He married Beryl Brewer in the early 30s. He had two children: Joanna Gilliat, who is a journalist and is married to Edward Russell, a pilot and Caroline Gilliat, who was an opera singer and teacher, who was married to Anthony Cave Brown (journalist). He had 3 grand children, Amanda Eliasch, Toby Brown and Camilla Horn. Description above from the Wikipedia article Sidney Gilliat, licensed under CC-BY-SA, full list of contributors on Wikipedia.