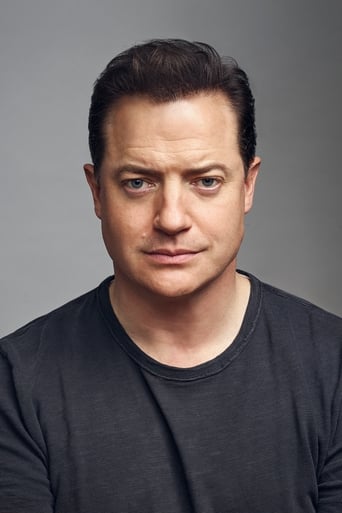 The son of a Canadian travel executive who frequently moved his family, Brendan can claim affinity with Ottawa, Indianapolis, Detroit, Seattle, London and Rome. His early exposure to theatre, particularly in London, led him to Seattle's Cornish Institute. After graduation he found a minor role as Sailor #1 in River Phoenix's Dogfight (1991), then somewhat more substantial roles in Encino Man (1992) and School Ties (1992). He expresses a preference for playing "fish out of water" men. Five more years of supporting work led finally to the title role in George of the Jungle (1997), a role which fully utilized his charm and beefy good looks, as well as offering him a chance to show off his comic talents. He describes this role as the one which dramatically altered his career. Critical raves for his role in Gods and Monsters (1998) pointed to yet another dimension to his dramatic persona.

Hollywood
Drama ,
101
min
Gimme Shelter
After running away from her abusive mother, a streetwise teen seeks refuge with her father, but he rejects her when he learns that she's pregnant..
Trailer Watch Now

Hollywood
Adventure ,Action, Fantasy,
112
min
The Mummy: Tomb of the Dragon Emperor
Archaeologist Rick O'Connell travels to China, pitting him against an emperor from the 2,000-year-old Han dynasty who's returned from the dead to purs...More.
Trailer Watch Now

Hollywood
Adventure ,Action, Fantasy,
130
min
The Mummy Returns
Rick and Evelyn O'Connell, along with their 8 year old son Alex, discover the key to the legendary Scorpion King's might, the fabled Bracelet of Anubi...More.
Trailer Watch Now

Hollywood
Action ,Science Fiction, Adventure, Comedy
93
min
Journey to the Center of the Earth
On a quest to find out what happened to his missing brother, a scientist, his nephew and their mountain guide discover a fantastic and dangerous lost ...More.
Trailer Watch Now

Bollywood
Crime ,
0
min
Line of Descent
A classic crime narrative in the backdrop of Delhi merges a dysfunctional, mafia family at war with each other as an undercover officer fights his dem...More.
Trailer Watch Now