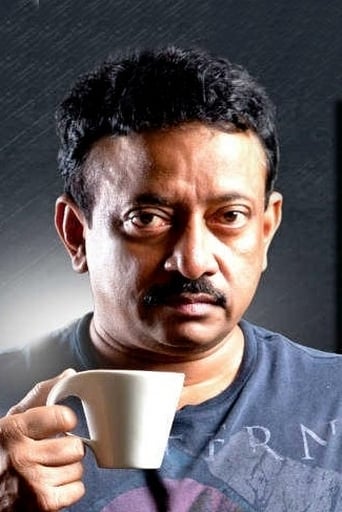 Ram Gopal Varma is an Indian film director, screenwriter and producer, known for his works in Telugu cinema and Bollywood. He directed films across multiple genres, including parallel cinema and docudrama noted for their gritty realism, technical finesse, and craft. In 1999, he has garnered the National Film Award for scripting, political drama, Shool - "For unveiling the complete collapse of the socio-political system. A very effective portrayal of the determined fight of a single citizen in the centre of a facade of democracy", as cited by the Jury. In 2004, He was featured in the BBC World series Bollywood Bosses. In 2006, Grady Hendrix of Film Comment, published by the Film Society of Lincoln Center, New York City cited Varma as "Bombay’s Most Successful Maverick" for his works on experimental films. Varma is regarded as the fountain head of new age Indian cinema. Widely known for presenting the Indian Political Trilogy, and the Indian Gangster Trilogy, film critic Rajeev Masand has labeled the series as one of the "most influential movies of Hindi cinema.The first installment of the trilogy, Satya, was also listed in CNN-IBN's 100 greatest Indian films of all time. Varma's recent avant-garde works include hits such as the alternate history, Rakta Charitra (2010), the dramatized re-enactment of 2008 Mumbai attacks in The Attacks of 26/11 (2013), a horror fiction, Ice Cream shot with Flowcam Technology (2014), a slasher film, Anukshanam (2014), Killing Veerappan (2016), a documentary drama, and Veerappan (2016) a biographical "based on true events". Starting his career as a civil engineer, he made an entry into Telugu cinema, with the path-breaking crime thriller, Siva (1989) screened at the 13th International Film Festival of India, and has garnered Varma, the state Nandi Awards for Best direction, Best first film of a director, and the Filmfare Award for Best Film – Telugu. Siva explores the concepts of student exploitation by anti-social behavior and the impact of crowd psychology. Subsequently, the film was included in CNN-IBN's list of 100 greatest Indian films of all time. He then experimented with the Neo-noir, Kshana Kshanam (1991), the sleeper hit won him another Nandi Award for Best Direction, and the Nandi Award for Best Screenplay Writer. The 1993 political drama, Gaayam received six state Nandi Awards. In 1999, He directed Prema Katha for which he received his third Nandi Award for Best Director.